Birjand is the capital of the Iranian province of South Khorasan. The city is known for its saffron, barberry, jujube, and handmade carpet exports.

The first citation of the city in the historical literature belongs to the famous book Mojem Alboldan, by Yaqut Homavi (13th century) which introduces the Birjand as the most beautiful town in the Qohestan. Before this, Birjand had been probably not as big and important as a municipality but rather as a rural community. However, the Birjand geographical area had its historical and political importance long before the emergence of the city of Birjand. Many citations of the region are available in the original literature like Ehya-ol-Molook of the once important localities in the area. Apart from literature, the oldest evidence on the history of the region is the ancient Lakh-Mazar inscription in the Kooch village some 25 km south-east of Birjand. Numerous fine drawings and inscriptions are carved on an igneous rock surface. The inscriptions include pictograms as well as Arsacid Pahlavi, Sasanian Pahlavi, Arabic and Persian scripts. The former tribe famous for the region of Birjand is called Sagarthian – historically in union with the Parthian.

Birjand has emerged as the centre of Qohestan, following the decline of the historical city of Qaen in the Safavid period. Since then the Alam clan had ruled the region till the end of Qajar dynasty. During the semi-autonomous ruling of Alam clan, Great Britain and Russia established consular branches in Birjand, because of the important geographical location of the region in the vicinity of the Indian subcontinent. Amir Shokat Ul-Molk Alam, the father of the Asadollah Alam(once prime minister of Iran) was still ruling the Qohestan’s subprovince Qhaenat into the Pahlavi era. And the last tribal leader of Birjand Shah Seyyed Ali Kazemi was related to the Alam clan and the emperor Reza Shah Pahlavi. However, Birjand lost its geopolitical importance following the emergence of Reza Shah Pahlavi and his policy of the central government.

The entire Qohestan region then became a part of the modern Khorasan province. The local people, however, started a movement to become an independent province in the middle of the second Pahlavi period. The move resulted after about forty years and Qohestan and particularly Birjand regained their historical importance in 2004, after the official division of Khorasan to three smaller provinces by the Iranian government. 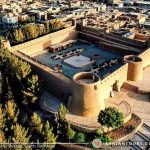 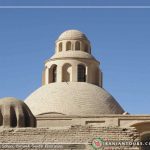